The best thing I’ve seen so far is a slightly sinister piece of graffiti art in a doorway in Bateman Street, Soho. It’s not a stretch to imagine the actual Krays in a Soho doorway in the ‘60s – which is presumably the effect the graffiti art is aiming to achieve – rather successfully. 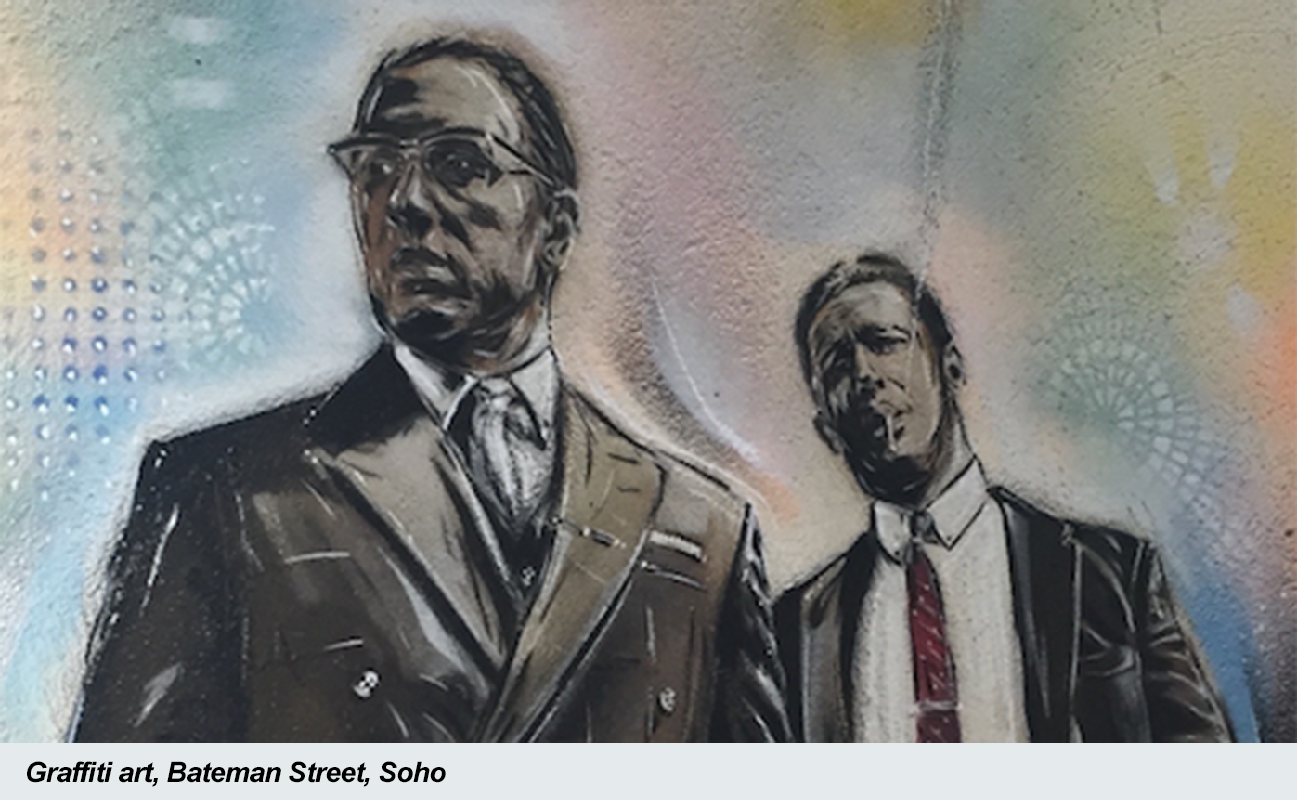 What people probably won’t realise though is that the promotional poster features another Soho legend, none other than our own tailor Chris Kerr, who made the 1960s style suits that Tom Hardy wears in the movie.

I had chance to ask Chris about the making of the suits last week.

“The suits were cut from vintage fabrics and heavy weight wools so that they didn’t look too new as they wanted the suits to look lived in” says Chris. The Kray twins were different sizes – Ronnie being the larger one and so there was more padding in Ronnie’s suits and also he wears more double breasted suits in the movie than Reggie does. He tends to wear the single breasted ones which helps distinguish him from Ronnie in the movie”

This isn’t the first time Chris has been involved in dressing movie gangsters. He recalls making a pinstripe suit for Vinnie Jone’s character – Bullet Tooth Tony in the Guy Richie movie ‘Snatch’ and a brown seventies style suit for Jason Statham’s character – Terry Leather in ‘The Bank Job’. 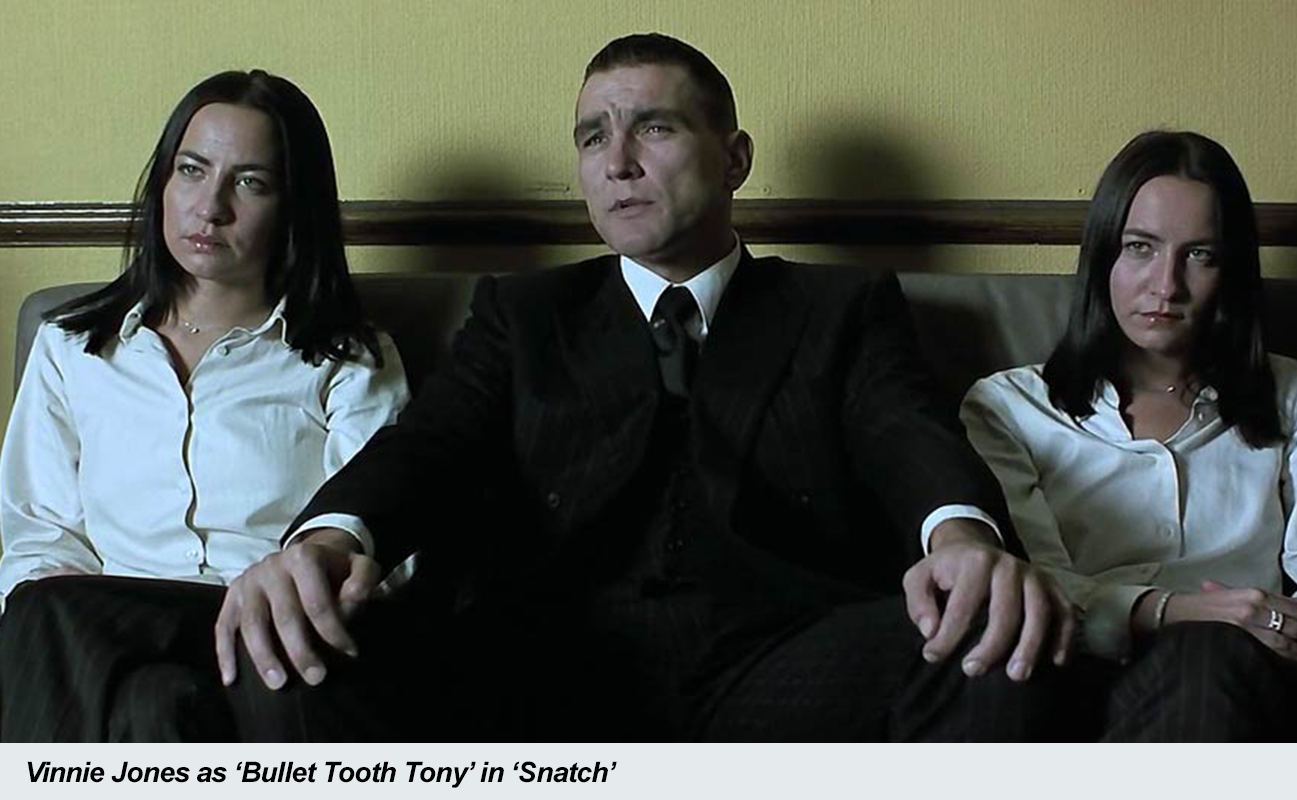 Perhaps the most famous gangster character actor Chris has been involved with though is Ray Liotta in another Guy Richie movie ‘Revolver’.

Interestingly, Chris’s father, Mr Eddie was just starting out as a tailor in Soho around the time the Krays were involved in the area. He even remembers seeing them around, especially the big American Ford Galaxy car they used to drive around in.

These days, you’re more likely to see movie stars than gangsters at Chris’s shop at 31 Berwick Street, Soho has changed but the methods of traditional Savile Row style tailoring certainly have not.

Why not pop along for a chat with Chris about your next ‘legendary’ suit. Contact him here