The cases for braces 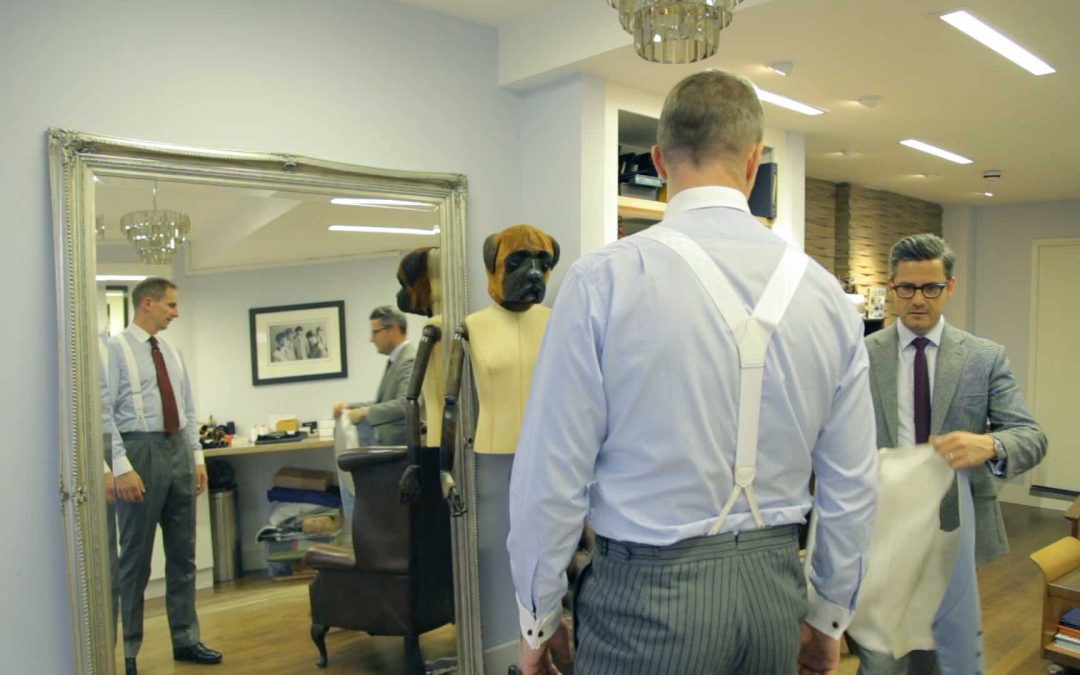 Why, you might ask, would anyone wear braces in the 21st century? In an era of slim, flat-front trousers is there still a place for an item of male dress that surely reached its apogee in 1987, when the Michael Douglas film Wall Street was released?

The answer is emphatically yes, because braces are one of those rare elements of male dress that are simultaneously more stylish, and more comfortable, than the alternative. The reason that they’re more comfortable becomes increasingly apparent the higher your trousers are cut. If they sit in the proper place, which is around the waist rather than on the hips, then using a belt to support them requires a man to lash a piece of leather around his stomach. Perhaps I’m unusual, but I’ve always found this remarkably uncomfortable. I prefer trousers that are cut for braces, because there’s no need for them to be tight around the waist. This makes them a good option if you’re dressing up for a substantial meal, because of course you’ll only be able to indulge in comfort if your trousers are slightly loose around your stomach.

The good news is that this added comfort extracts no price in terms of style. Trousers worn with braces stay up better than trousers fastened with even the tightest belt, so their length can be more accurately judged. They also have the advantage that you won’t find yourself intermittently hoicking them up, to combat the tendency of even the tightest belts to succumb to the force of gravity. And because trousers cut in the classic style are worn up on the waist, rather than down on the hips, they can be made with a bit of room and some appealing drape, without appearing to diminish the length of the legs.

It’s also worth mentioning the fact that trousers look more elegant when made without belt loops. As for the colour of the braces, a man is free to experiment with interesting contrasts, because in theory at least no one will see his braces. Nonetheless, a man should think twice before buying red ones, unless he’s prepared to be closely associated with Gordon Gekko, Michael Douglas’s character in Wall Street.