Why a bespoke Solaro suit? 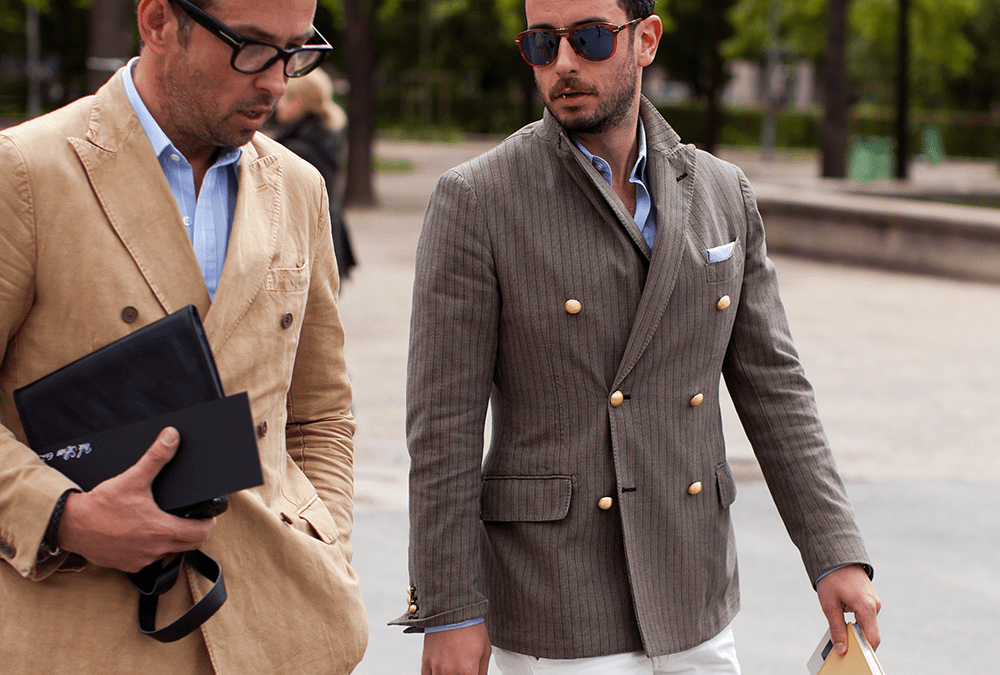 What do Lapo Elkann, Gianni Agnelli, Matteo Marzotto and Luca di Montezemolo have in common, aside from their incredible wealth and status as style icons? They all wore or wear suits made from Solaro. While a lot of different fabrics are referred to as Solaro only London cloth merchant Smith Woollens, now part of Harrisons, offers the real thing. It’s an olive coloured wool cloth, which comes in a variety of weaves including herringbones and twill. Its defining feature is that it’s woven with red yarns on the underside, which show through the fabric to a greater or lesser extent depending on the angle of the viewer.

The cloth is around 11oz in weight, which is mid-to-heavyweight by modern standards, even though Solaro was originally designed as summer suiting. The idea that it’s summery stems in part from its shade, but more intriguingly from the myth that many years ago Western travellers in the tropics noticed that the natives wore clothes with red linings to protect their skin from the sun.

Solaro’s heat-repelling qualities are sadly mythical, but that ought not put off any man considering a summer suit made from the stuff. If it were ordered with little lining, and worn with linen shirts and brown slip-on shoes it would be comfortable in the UK on all but the very hottest days. One of the fabric’s qualities is that it suggests the wearer doesn’t feel bound by the opinions of the kind of lesser man who might consider Solaro eccentric – you either ‘get Solaro’, or you don’t. This has given the cloth a cult status among tailoring aficionados, who like the fact that it’s not entirely business-appropriate. Ordering bespoke suits that can’t easily be worn to the office is a powerful statement of intent, and perhaps the distinguishing characteristic of the modern dandy.